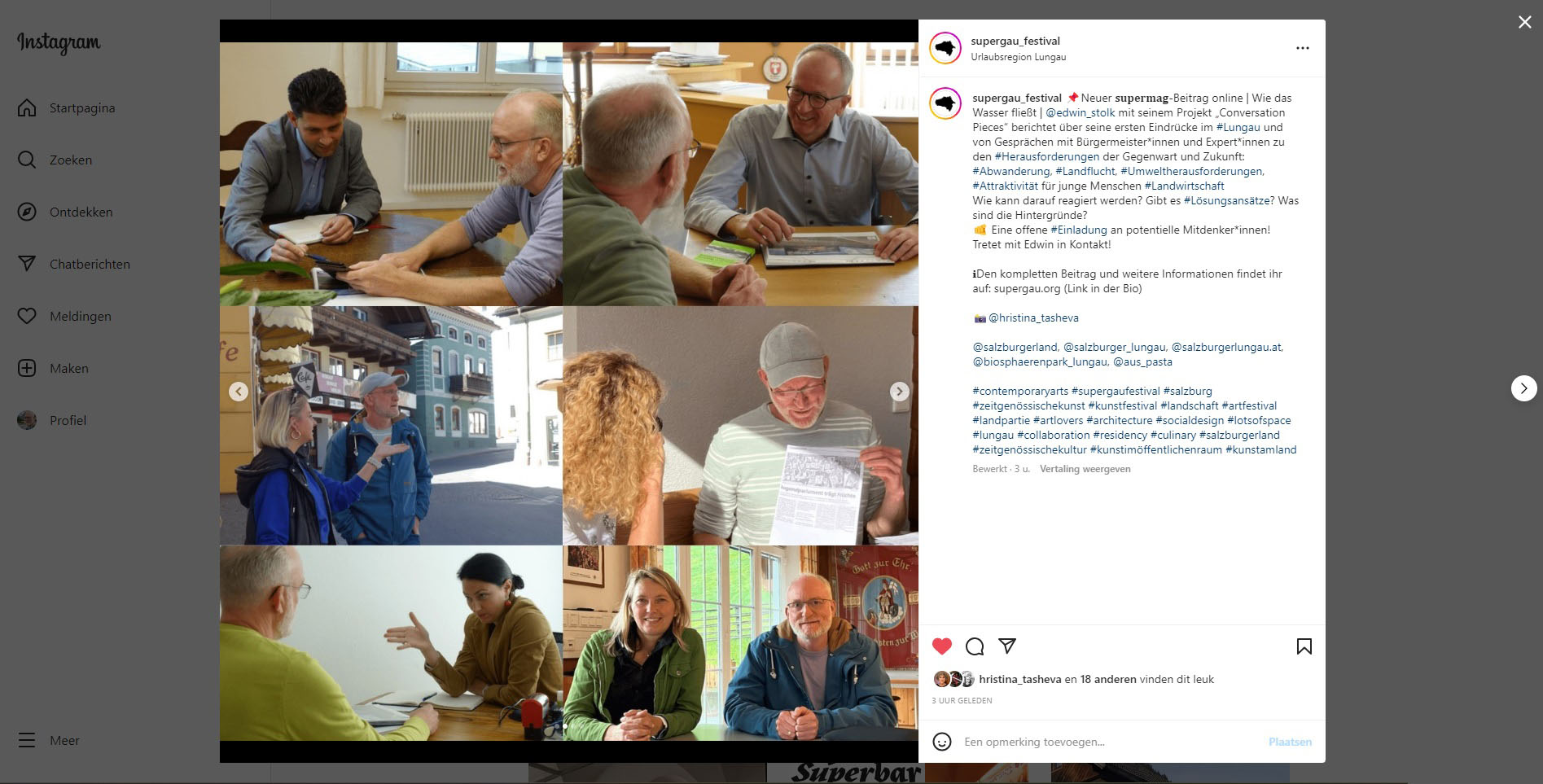 (2022) Supermag: The Way the Water Flows – written by Edwin Stolk

"In June, Edwin Stolk wrote a postcard to all Lungau mayors to exchange views on the future of their municipality. Mayor Manfred Sampl of Sankt Michael im Lungau responded right away enthusiastically. The newspaper 'meinbezirk' reports about his attempt to make it harder to sell out to foreign investors and stop the flight of young people from this rural region. They agreed to meet at the town hall." 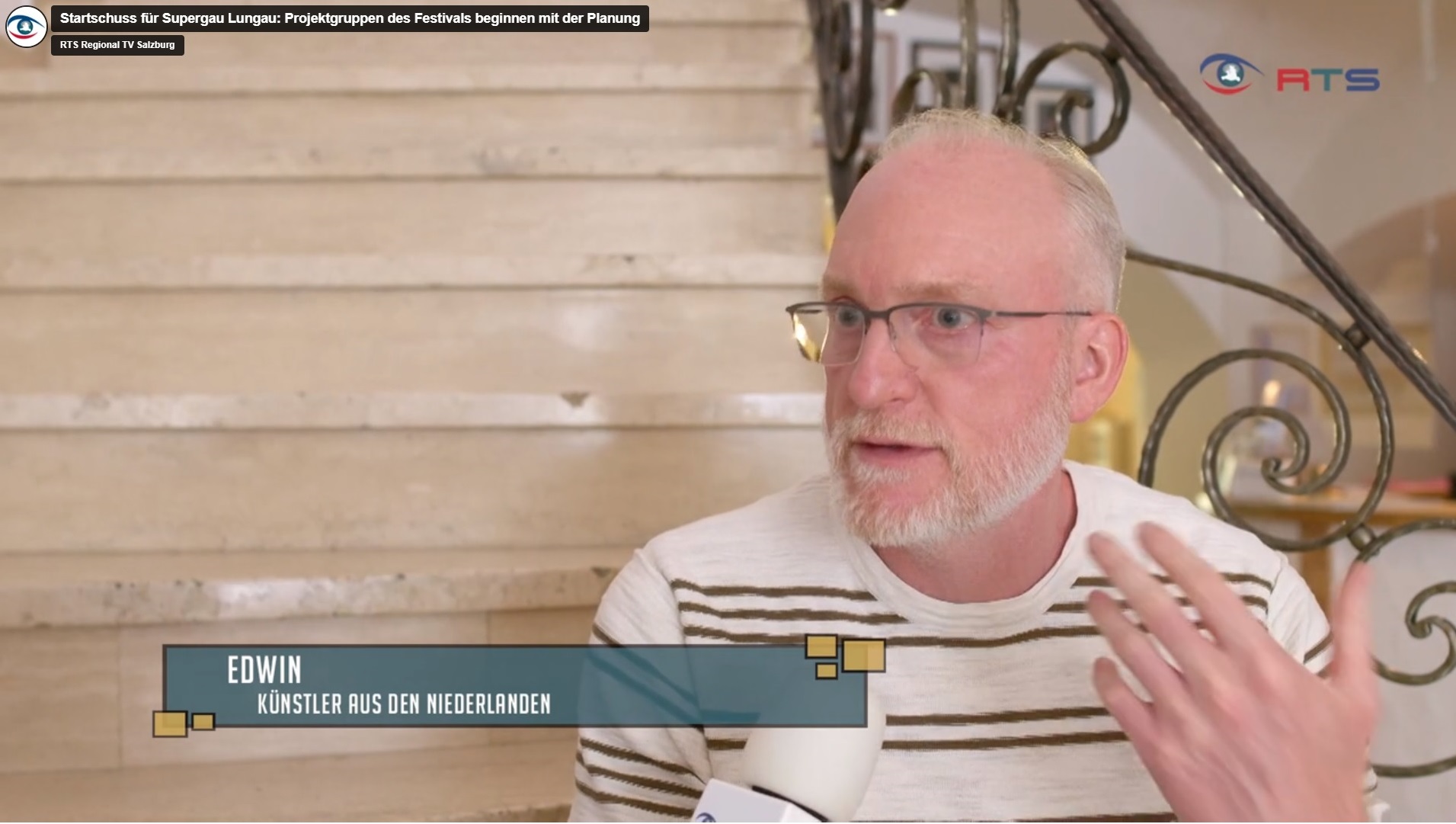 "For 10 days at the end of May 2023, the Lungau region will become a Supergau for contemporary art. The "Supergau" festival is based on the initiative of the province of Salzburg and aims to show and establish different artistic formats in the regions. A few days ago, the various project groups and their contacts got to know each other in Lungau and exchanged ideas." 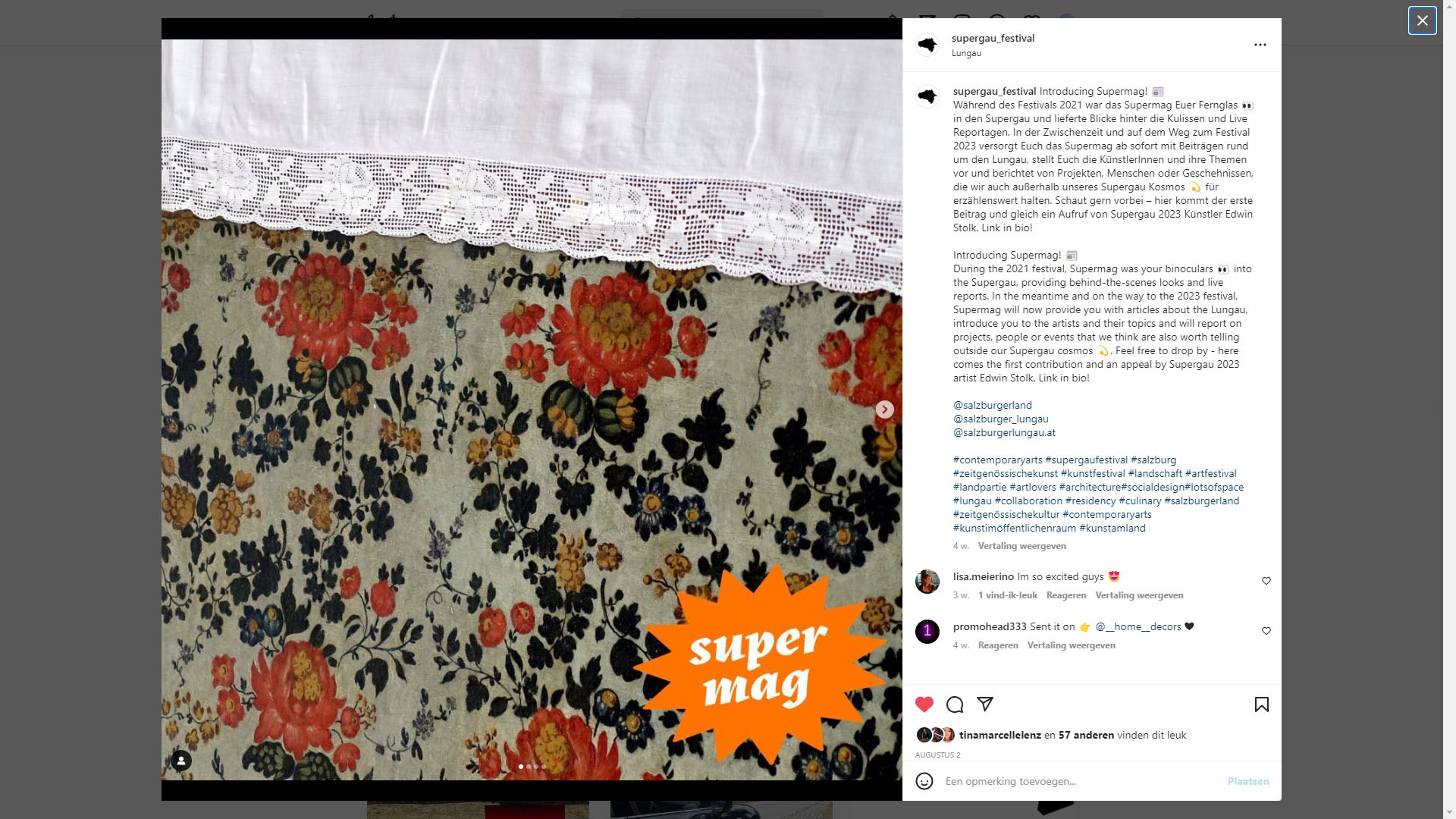 "I am a Dutch artist living near Rotterdam. The beauty of art is that it has many forms and possibilities. I am especially interested in the social insights that art can offer when we work together. In order to create meaning, I try to get to know the Lungau region and the people who live there." 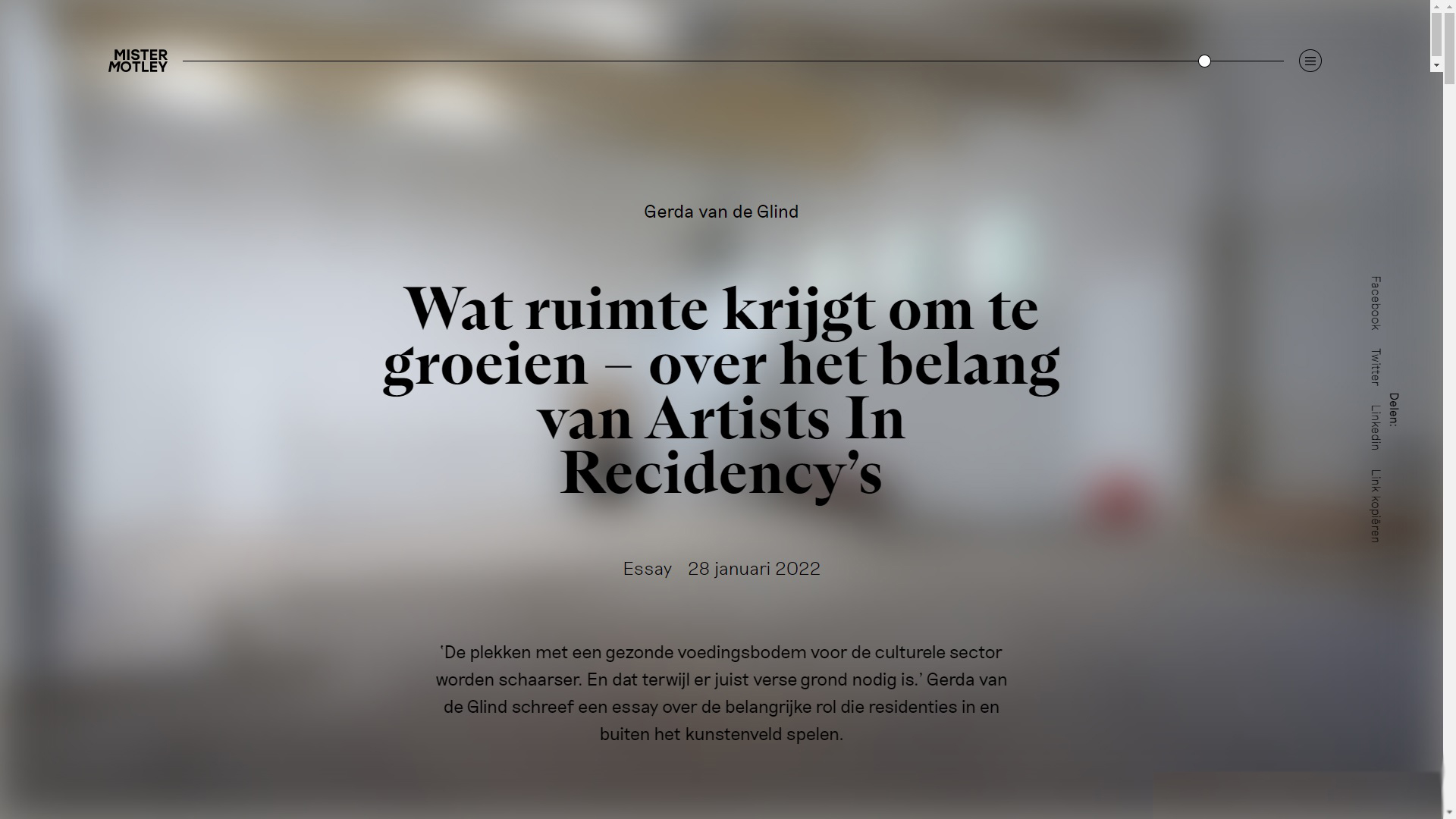 "Edwin Stolk, through the KiK foundation, got the Dutch army to build a test colony for his work 'Entre Nous', where he, together with artists, makers, thinkers and villagers, looked for alternatives to the Dutch welfare state." 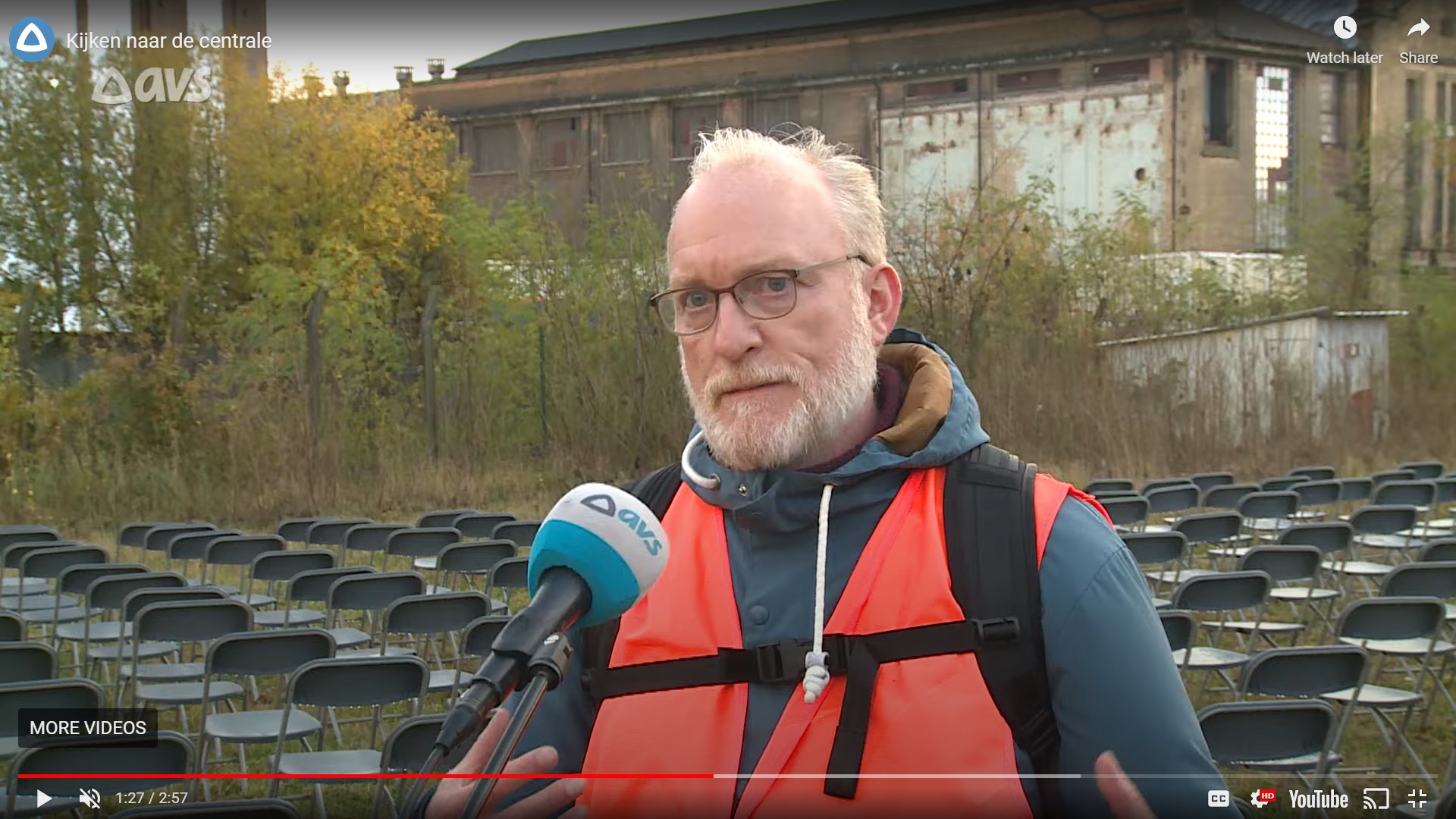 "A stand with 500 seats has been set up next to the site of the dilapidated Langerbrugge power station. You can take a seat there every day of the Light Festival to experience sunrise or sunset in silence, with the power station as the backdrop." 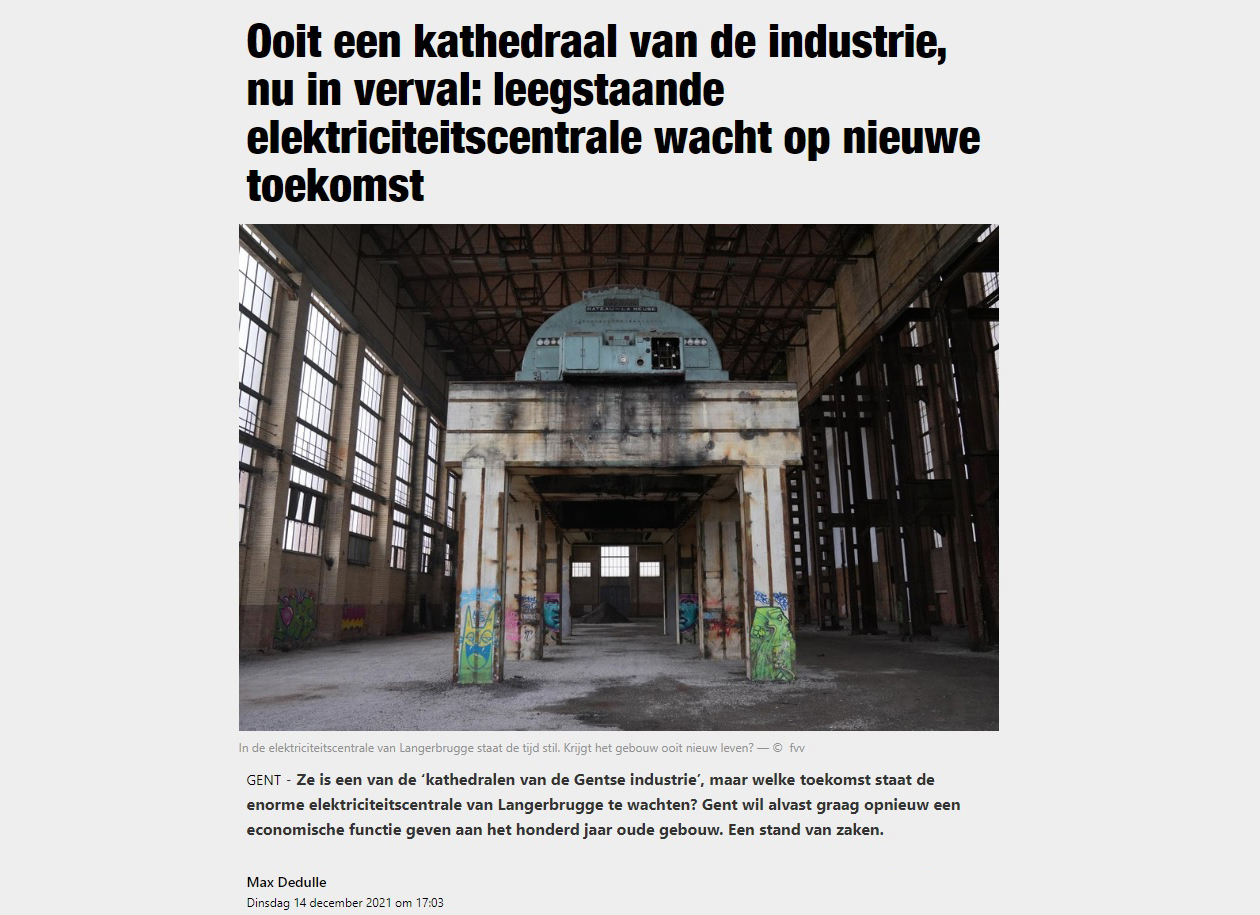 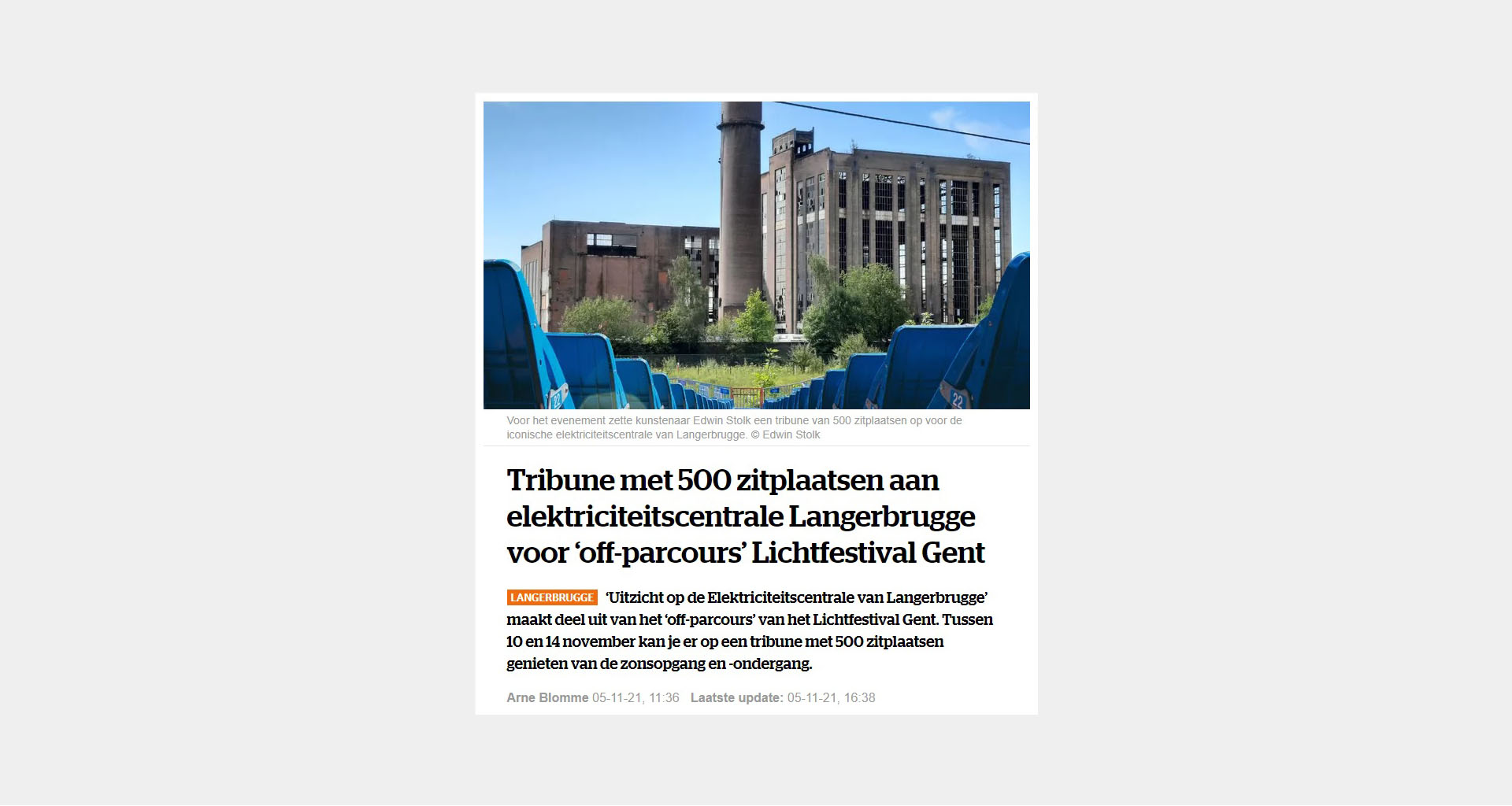 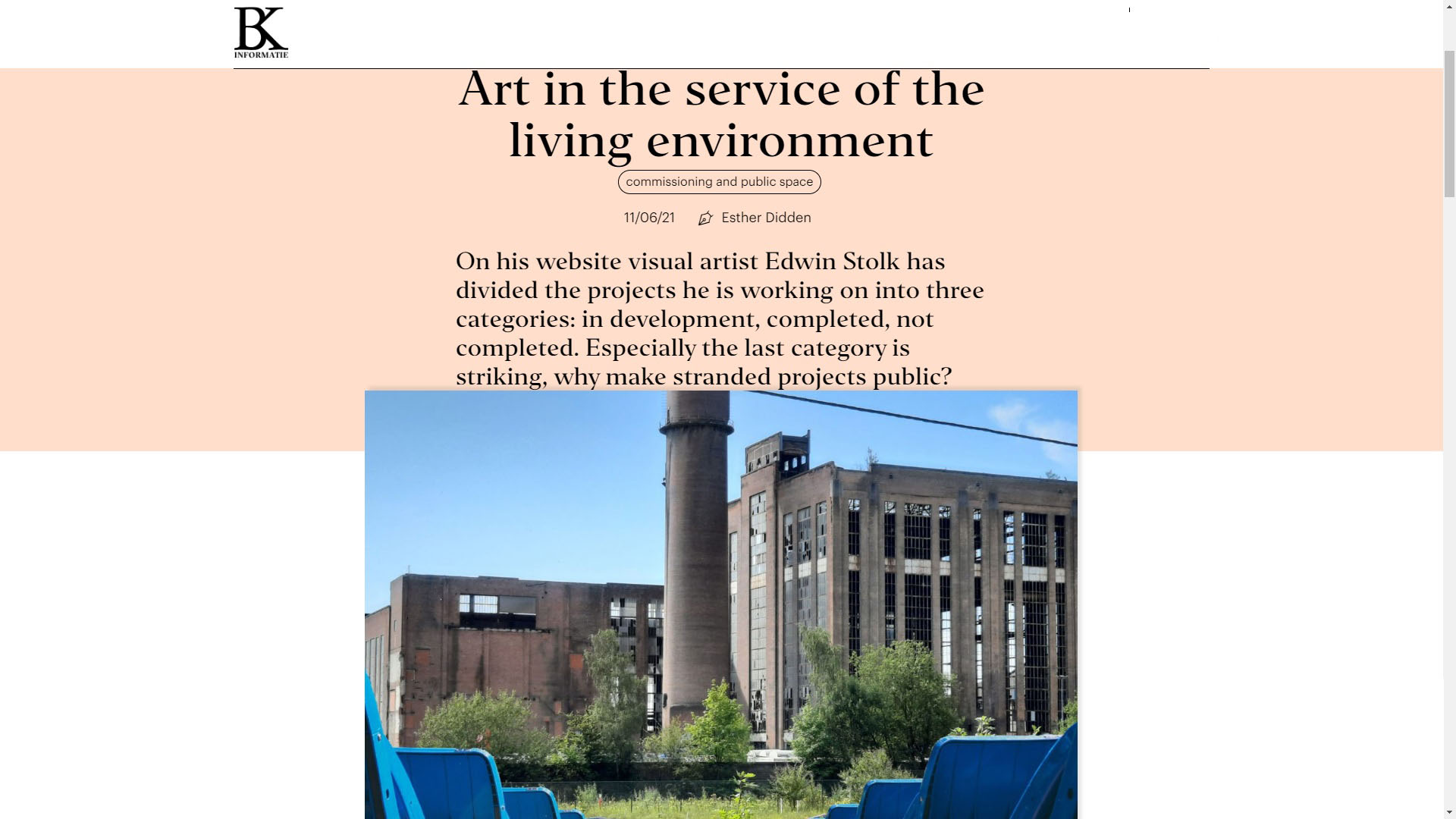 "On his website visual artist Edwin Stolk has divided the projects he is working on into three categories: in development, completed, not completed. Especially the last category is striking, why make stranded projects public?" 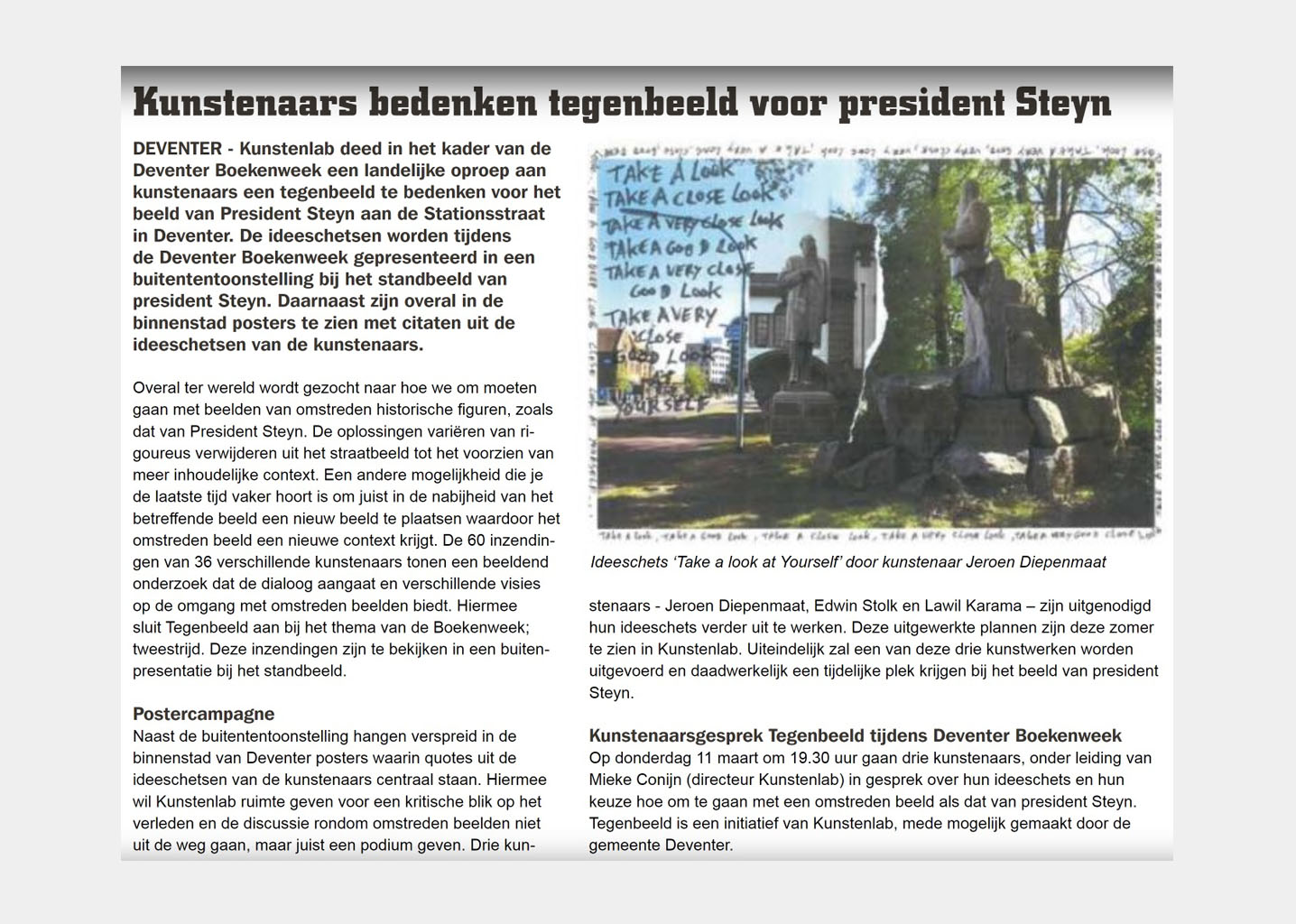 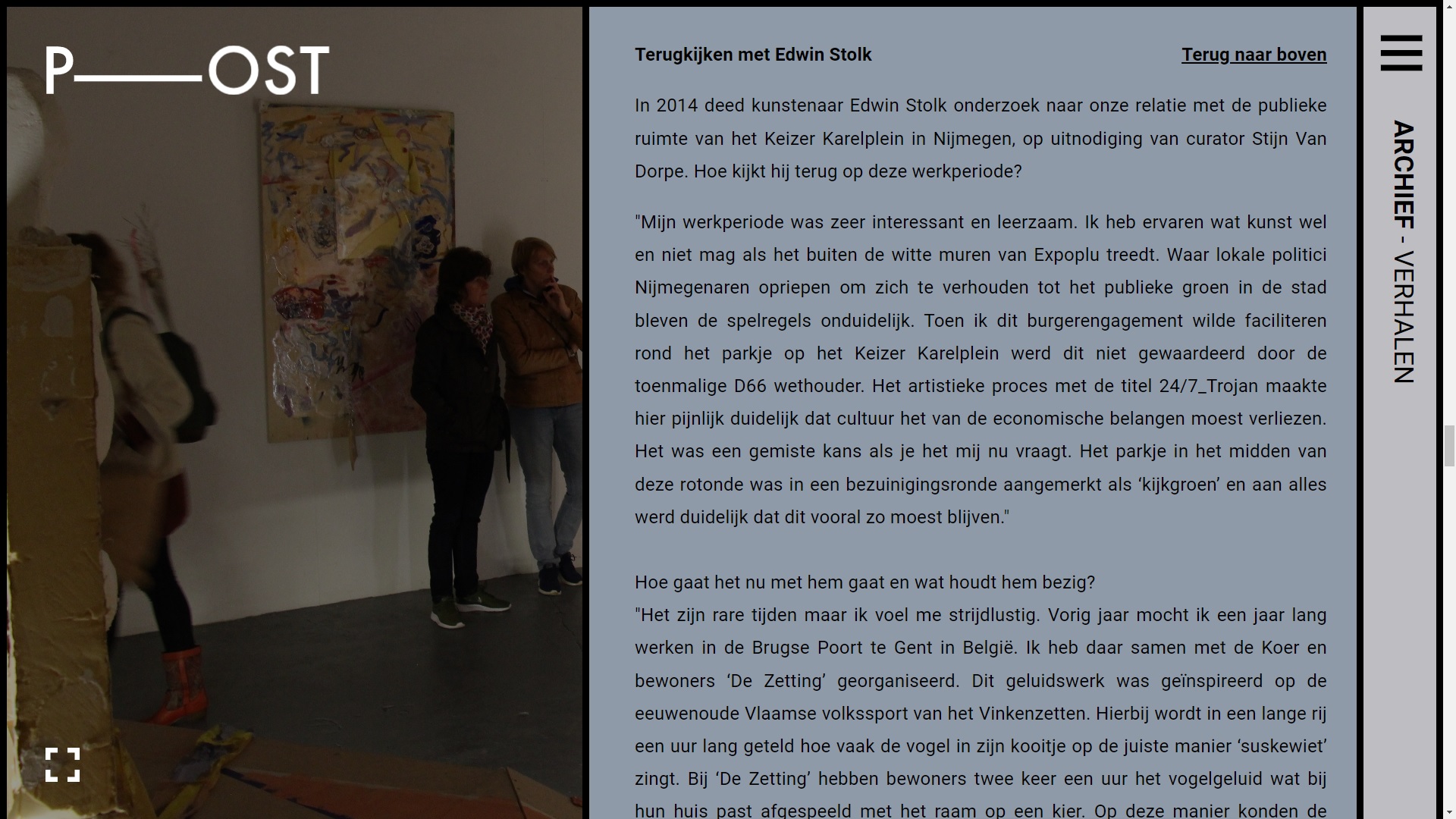 "My working period at Expoplu was very interesting and instructive. I experienced what art is and is not allowed to do when it goes outside the white cube." 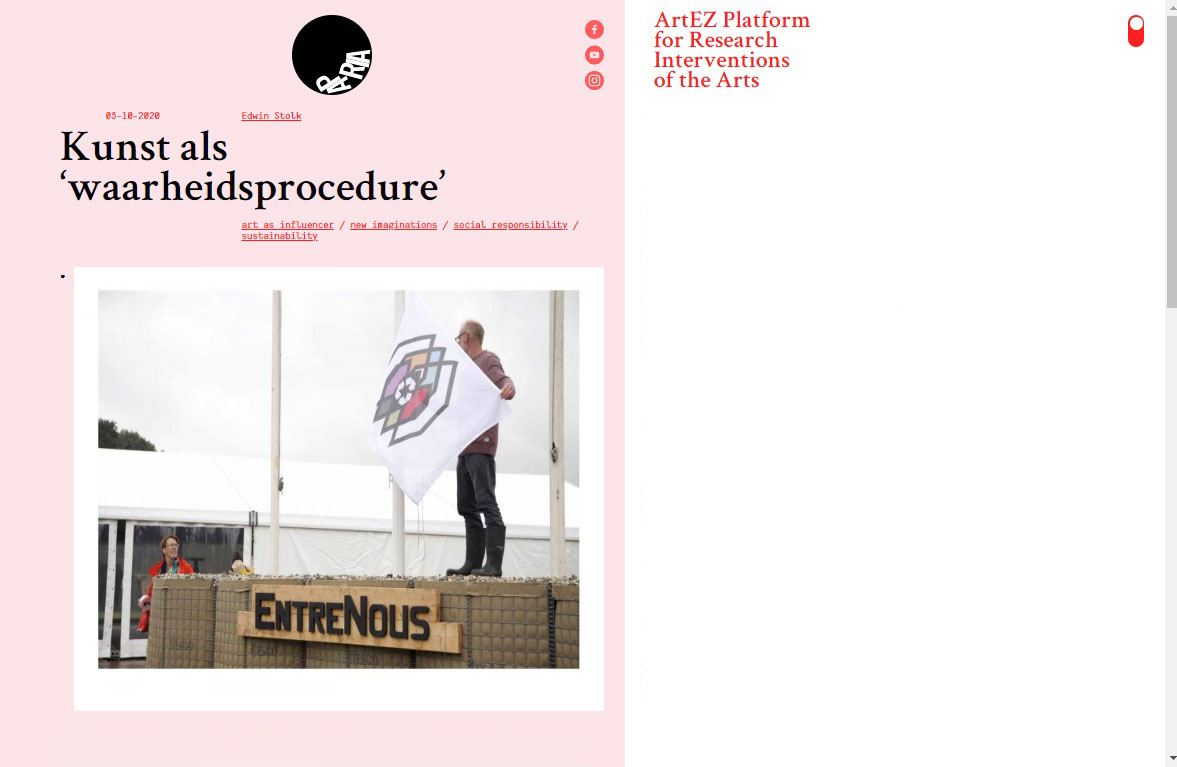 "Populism, migration, climate change, the precariousness of life, the urgent issues we are facing today require the inquisitive mind of an artist. During my art studies, the more radically I immersed myself in what is called the 'art world', the less interested I became in this parallel 'reality'. I believe that art must be able to relate temporarily to the forces at play in social 'reality'." 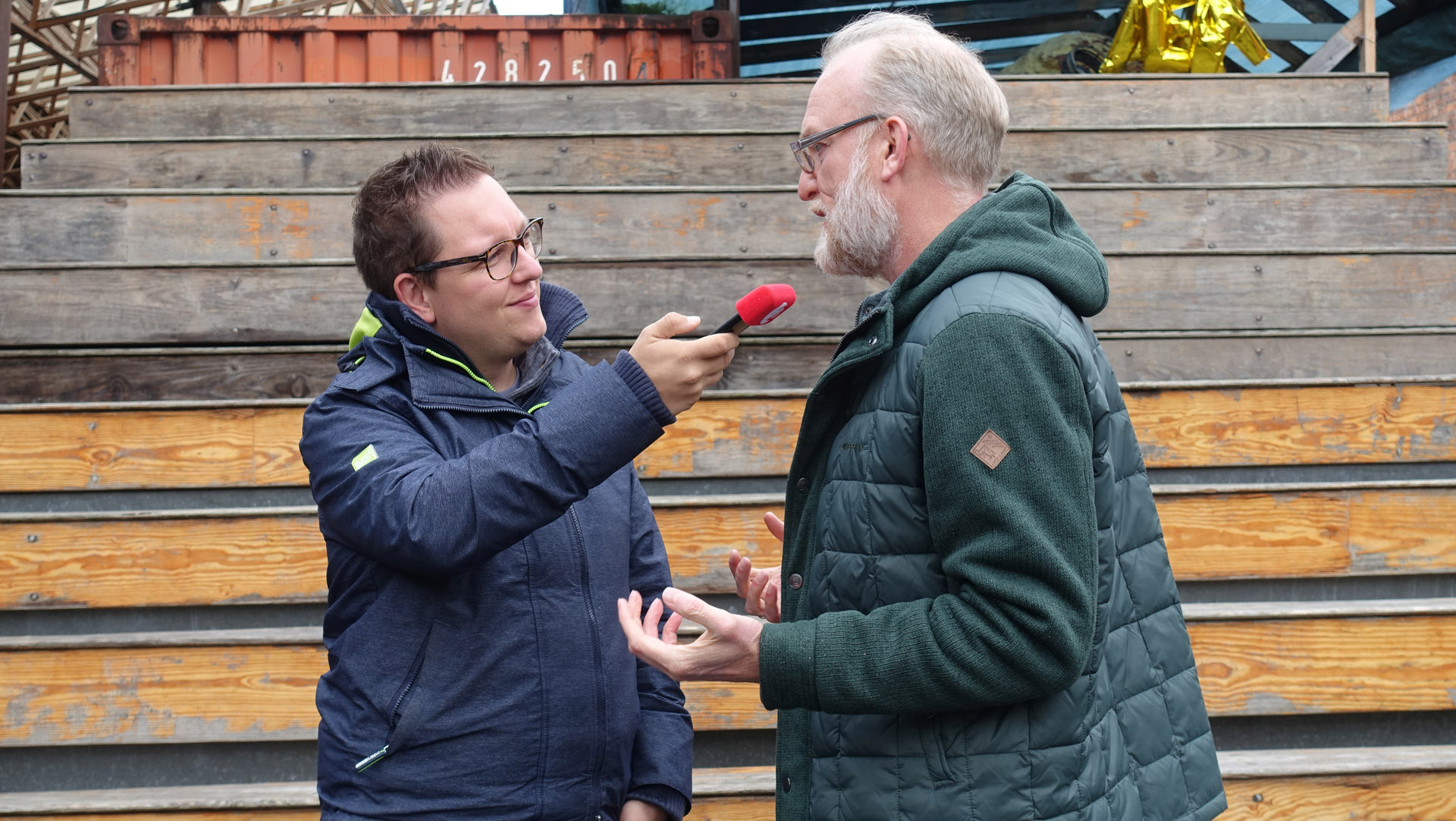 Radio 2 Oost-Vlaanderen: report by Jürgen Eeckhout about The Placing.

Tumult-FM: interview by Timon Van De Voorde about The Placing. 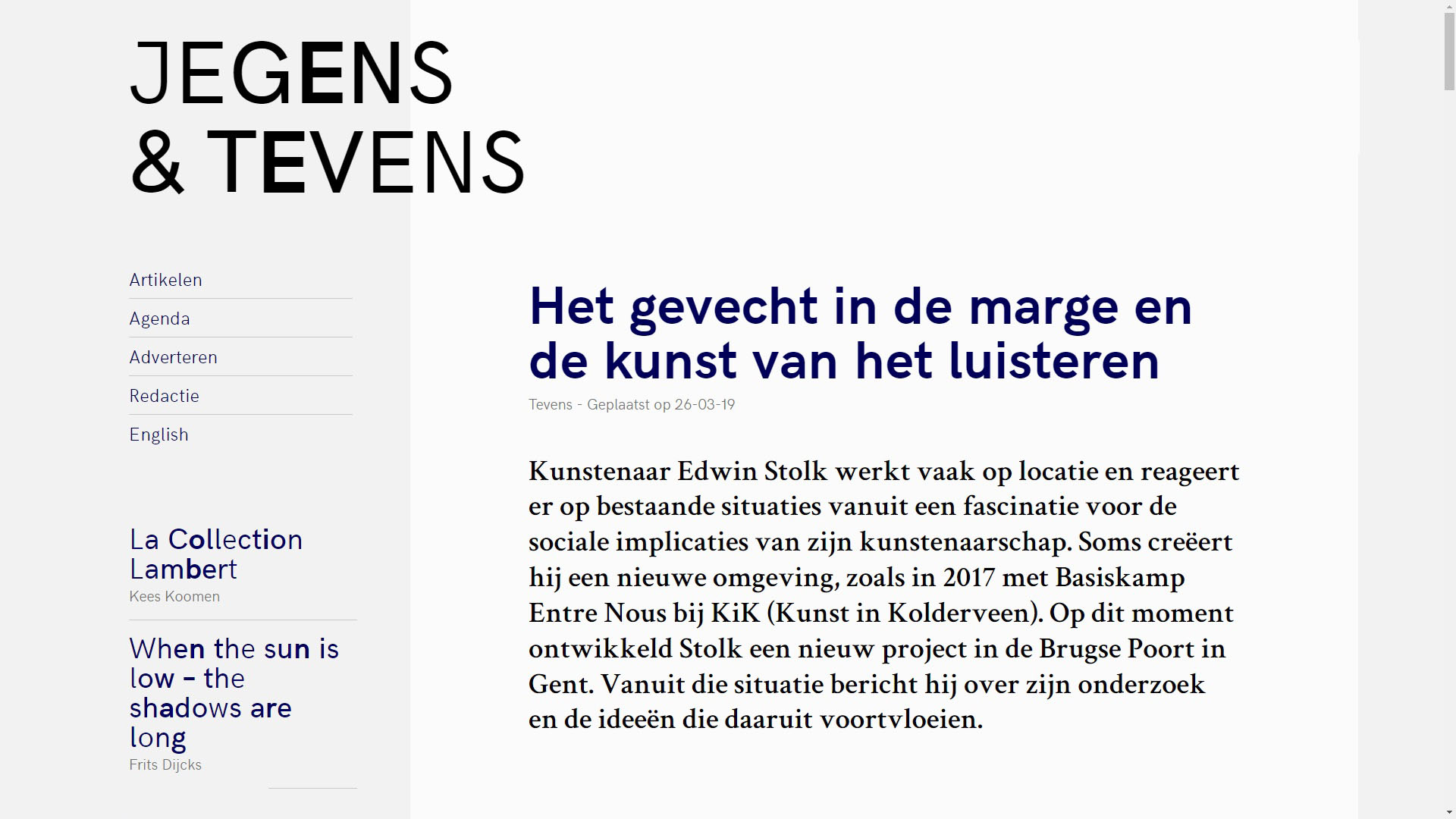 "Artist Edwin Stolk often works on location, reacting to existing situations out of a fascination for the social implications of his artistry. Sometimes he creates a new environment, like in 2017 with Base Camp Entre Nous at KiK (Art in Kolderveen). At the moment Stolk is developing a new project in the Brugse Poort in Ghent. From that situation he reports on his research and the ideas that arise from it." 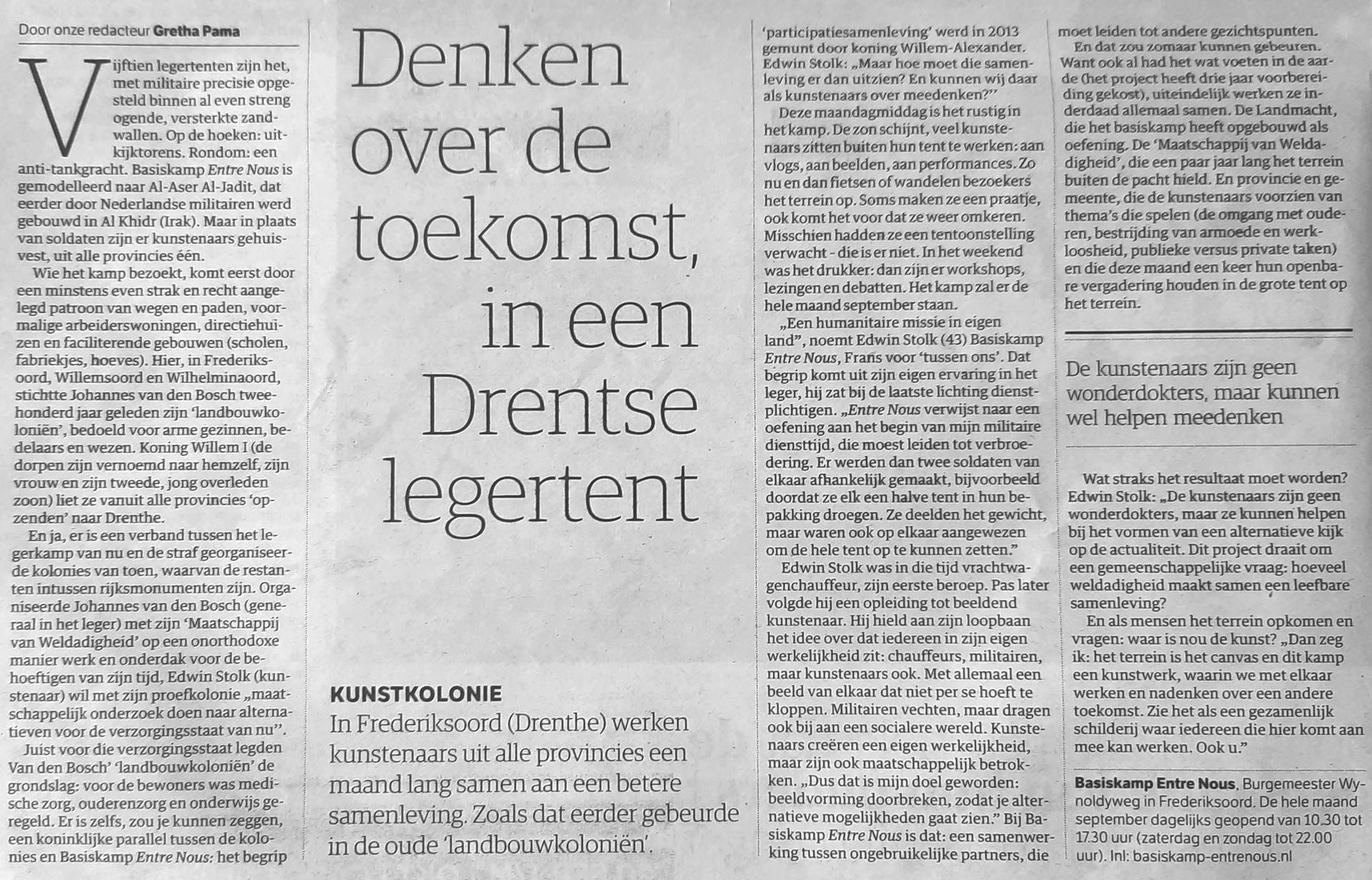 "Fifteen army tents, set up with military precision within equally severe-looking fortified sand barriers. At the corners: watchtowers. All around: an anti-tank ditch. Base camp Entre Nous is modelled on Al-Aser Al-Jadit, which was built earlier by Dutch soldiers in Al Khidr (Iraq). But instead of soldiers, it houses artists, one from each province." 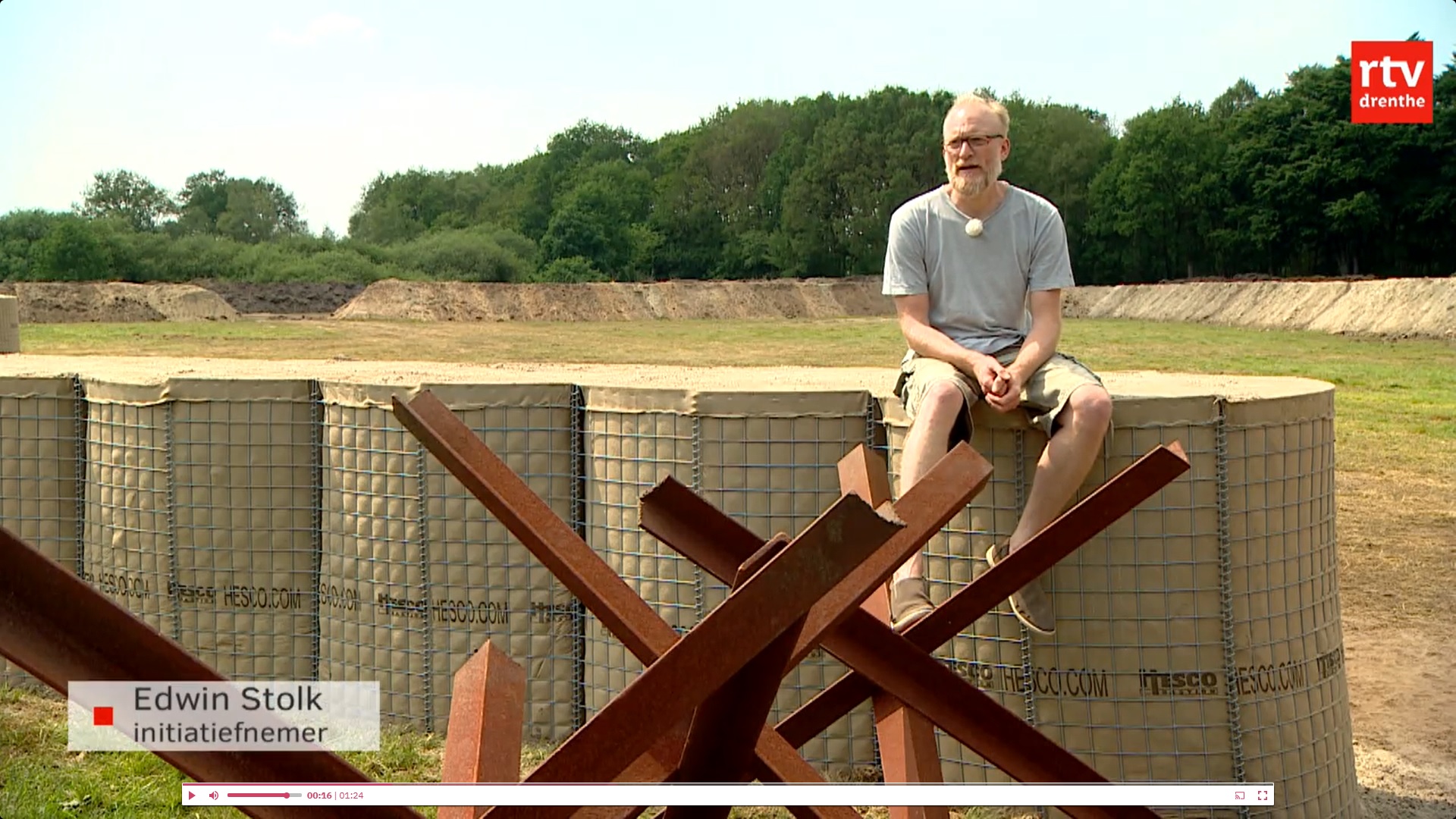 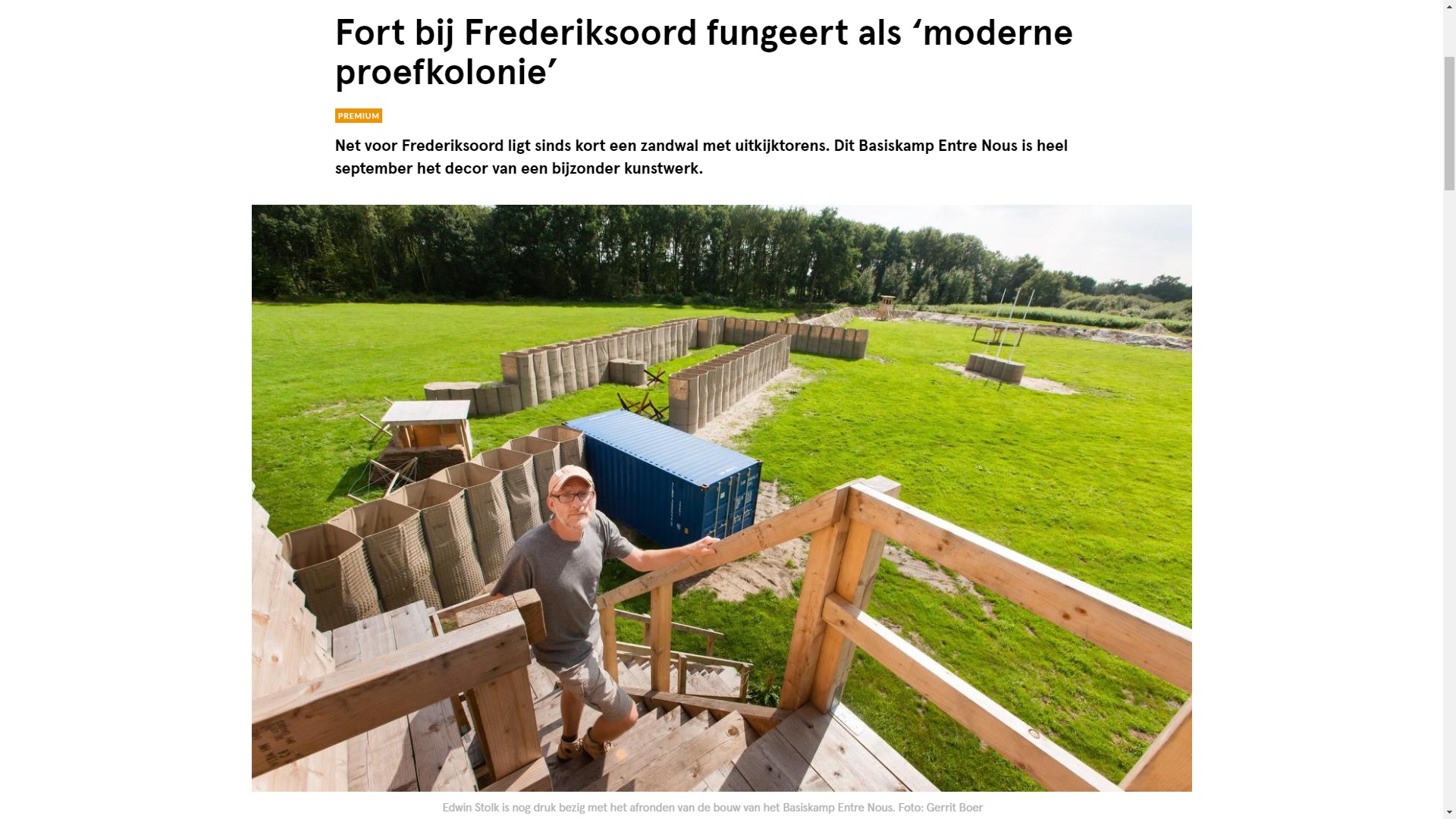 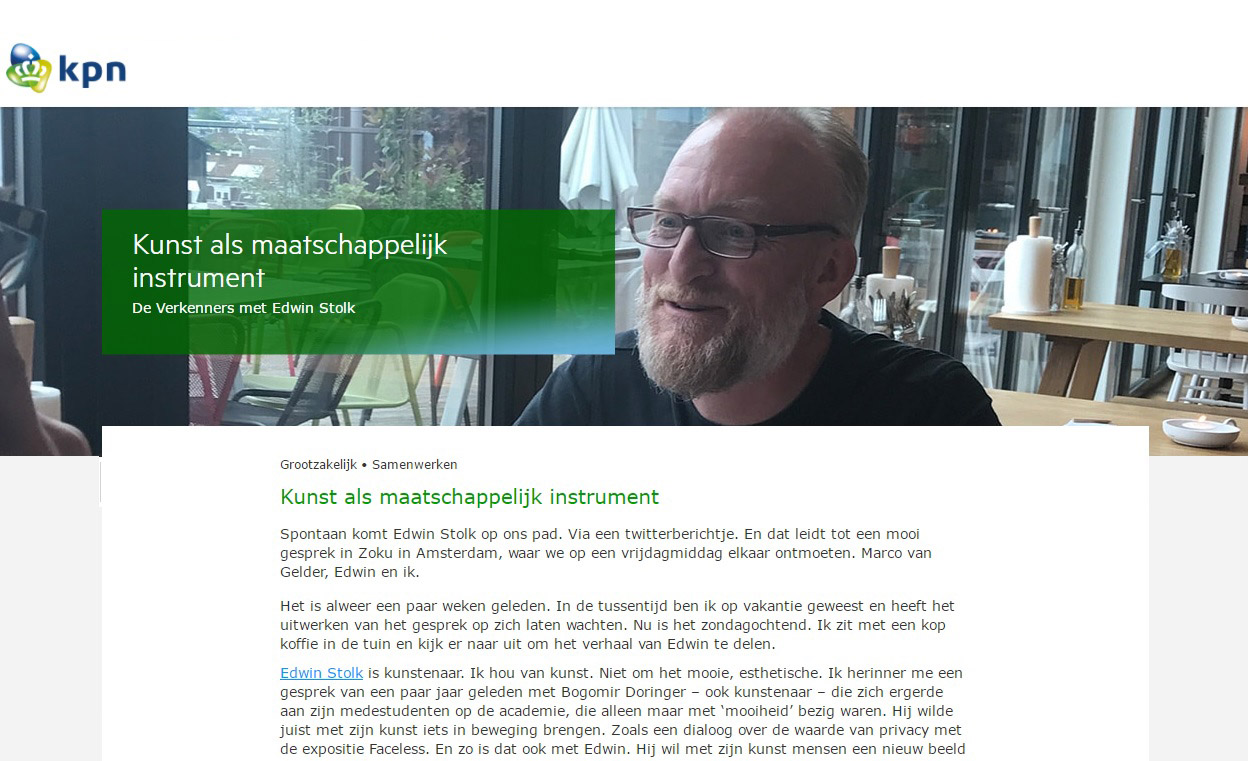 "I don't believe that an autonomous artist exists. You are dependent on everything. There is always cohesion." And so he realised that he himself had to make a change. Working together, because you can do more together." 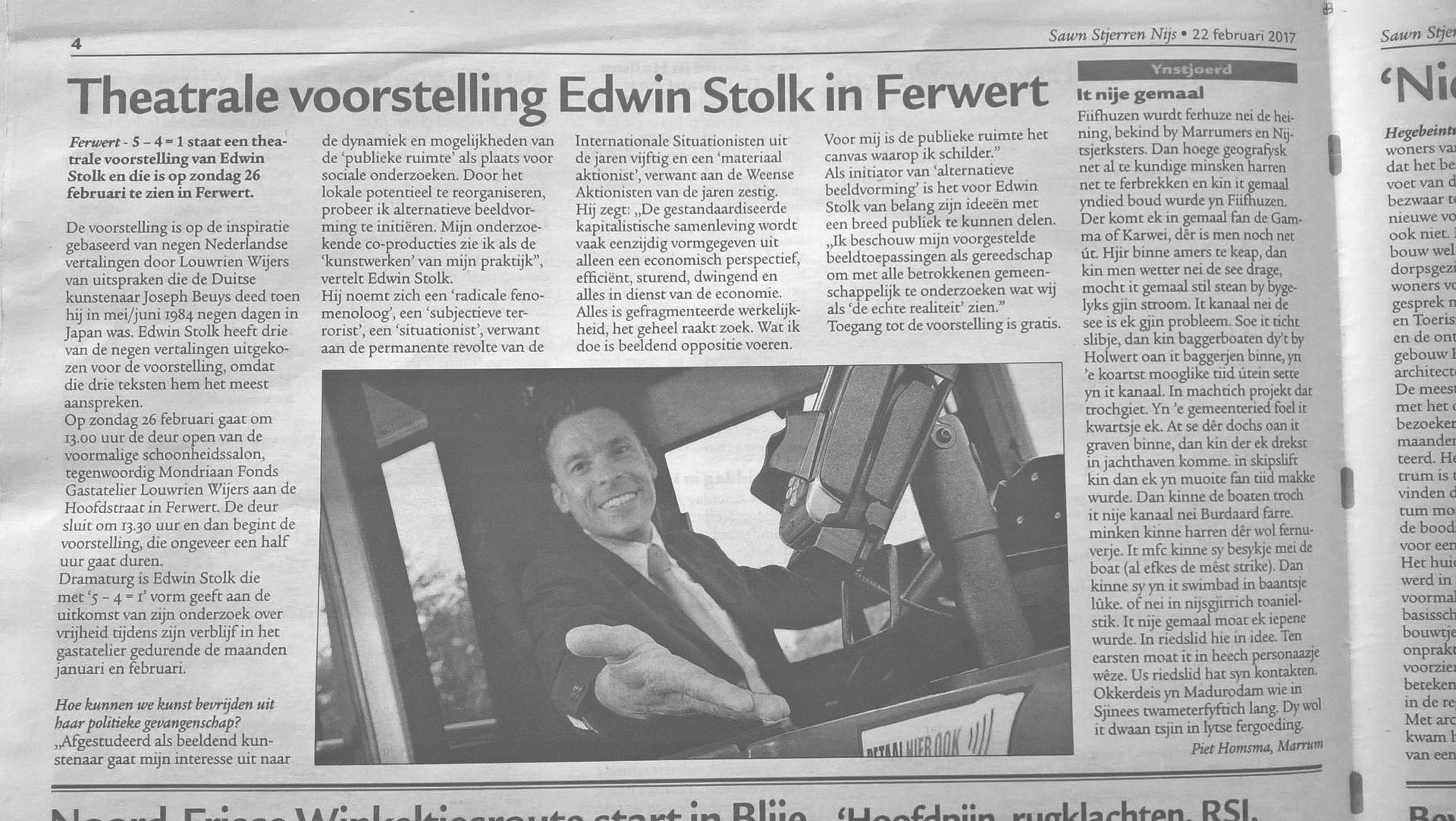 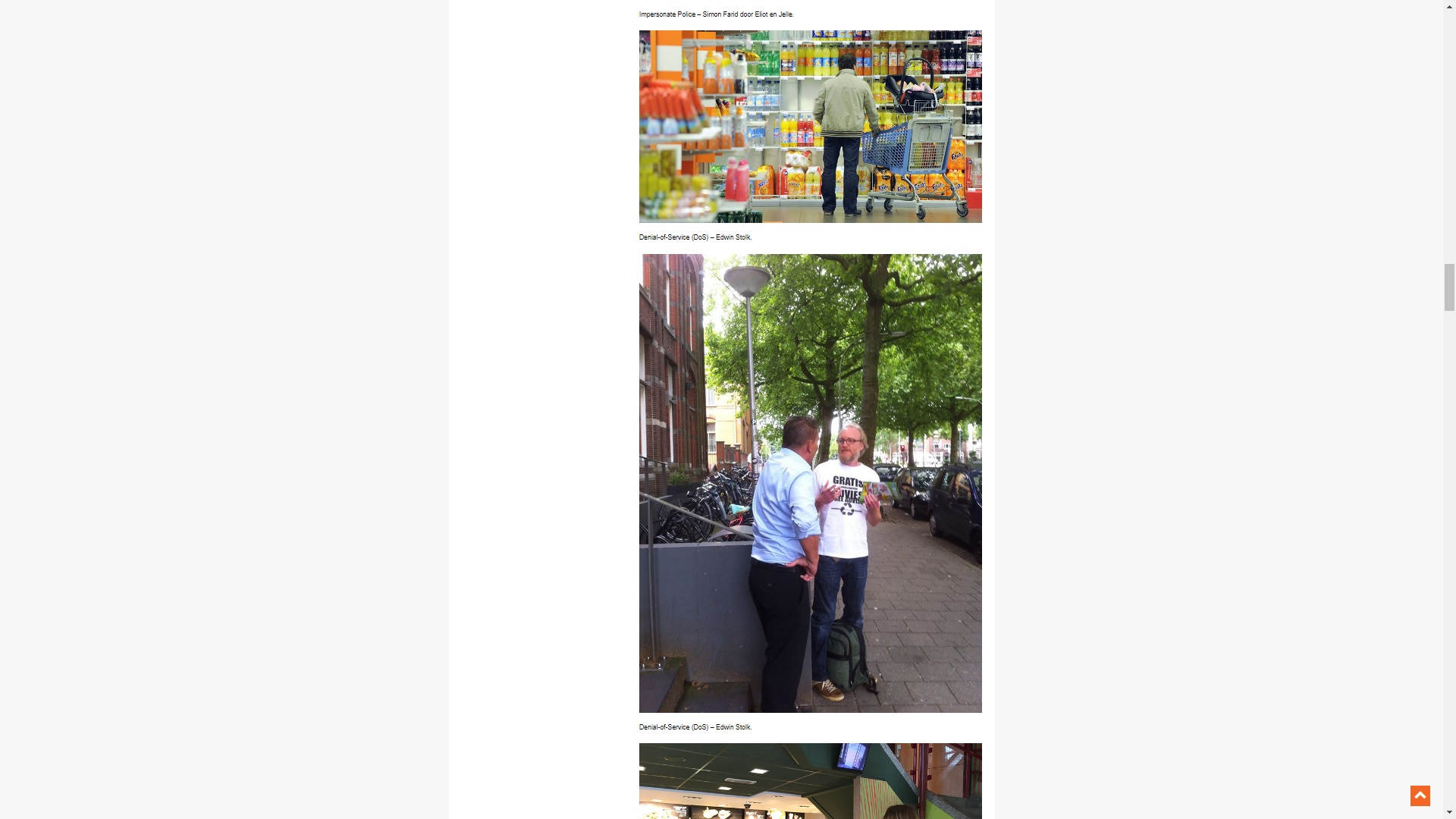 "The artist has become a being that must be guided to meet the right expectations." 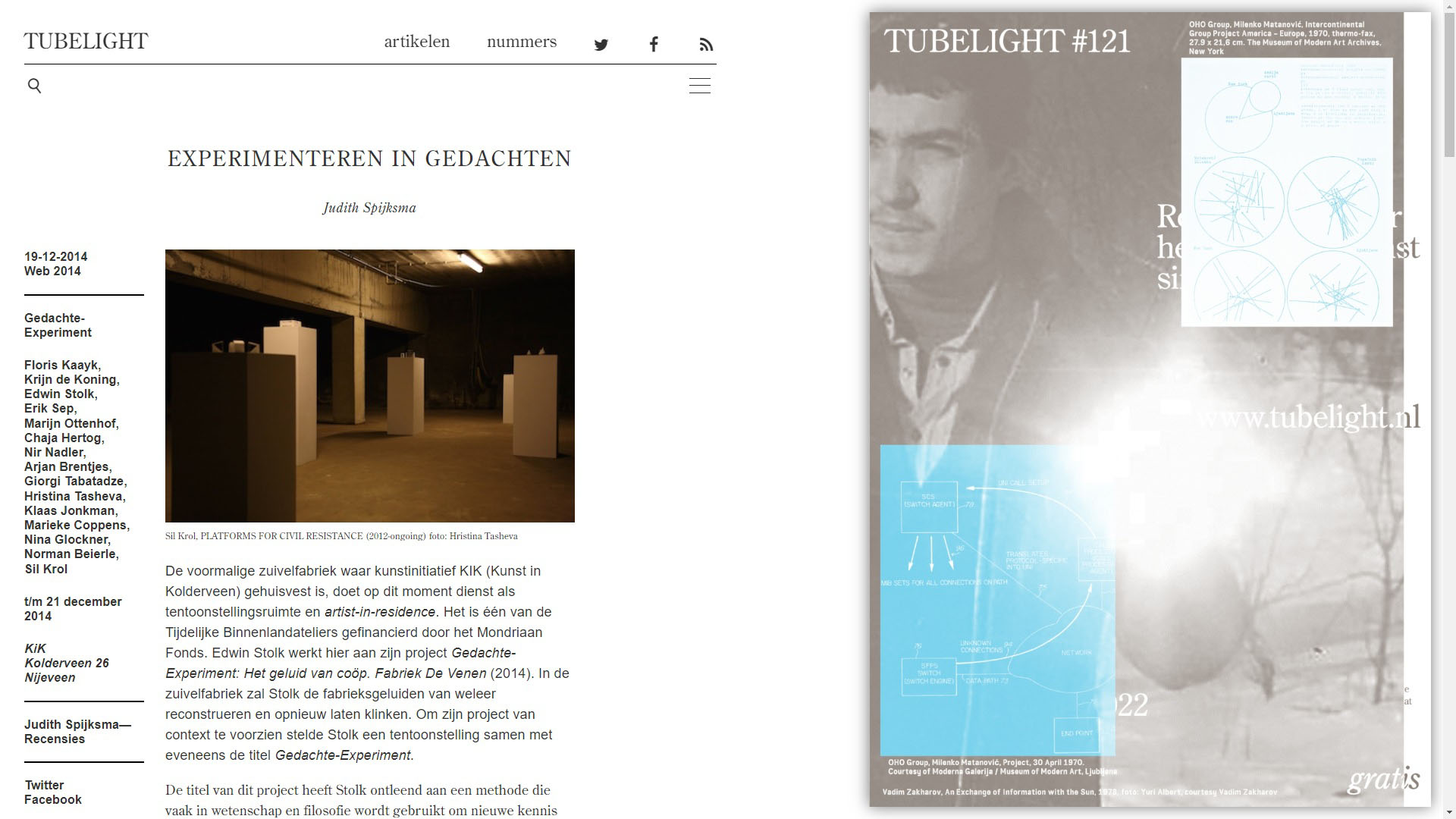 "Because of his choice of the aforementioned works of art, it seems that Stolk is more concerned with the effect that a thought experiment can have; thinking outside the box, questioning accepted knowledge and bringing new knowledge to the fore. In the case of the sound project this takes the form of an initiative supported by various stakeholders." 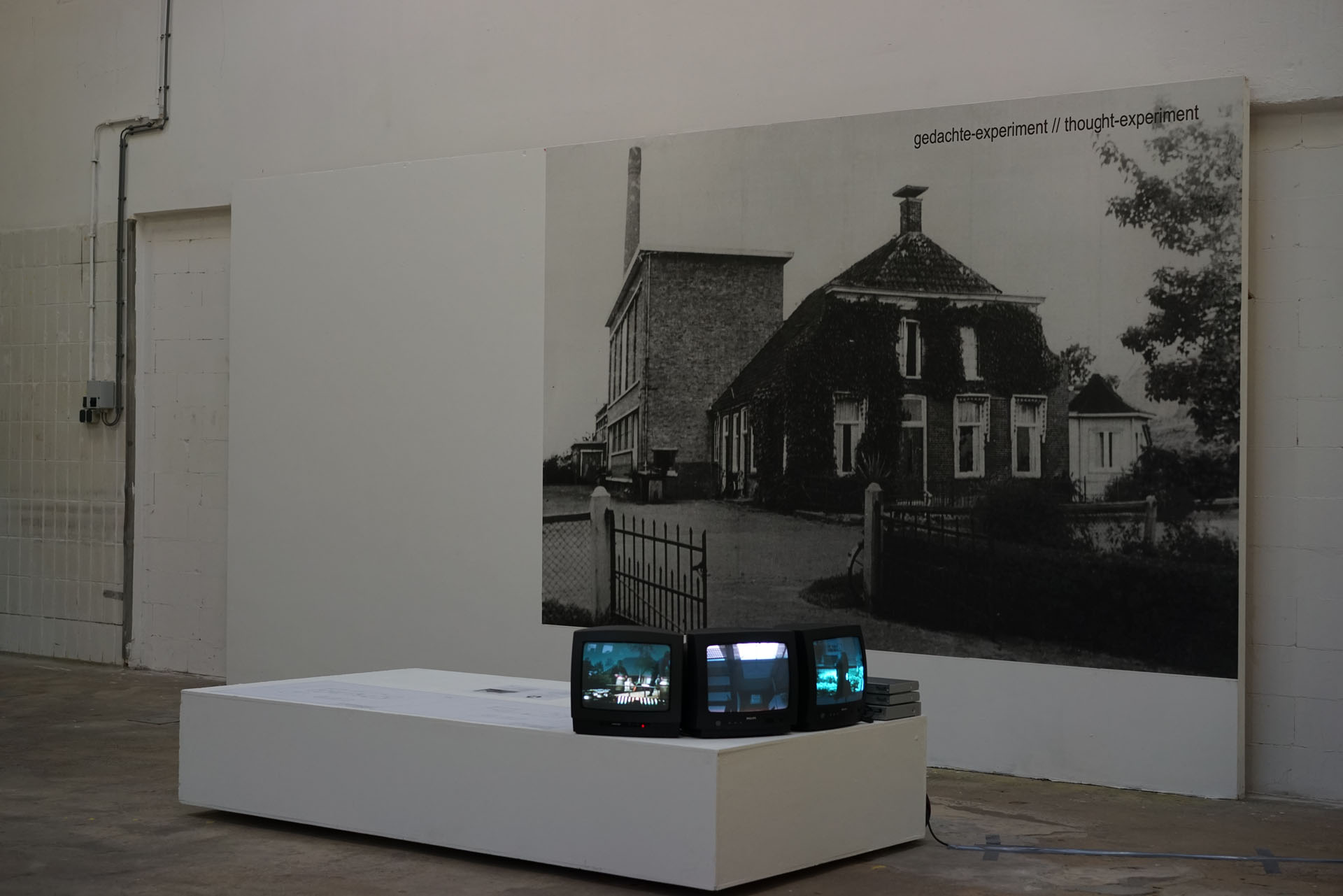 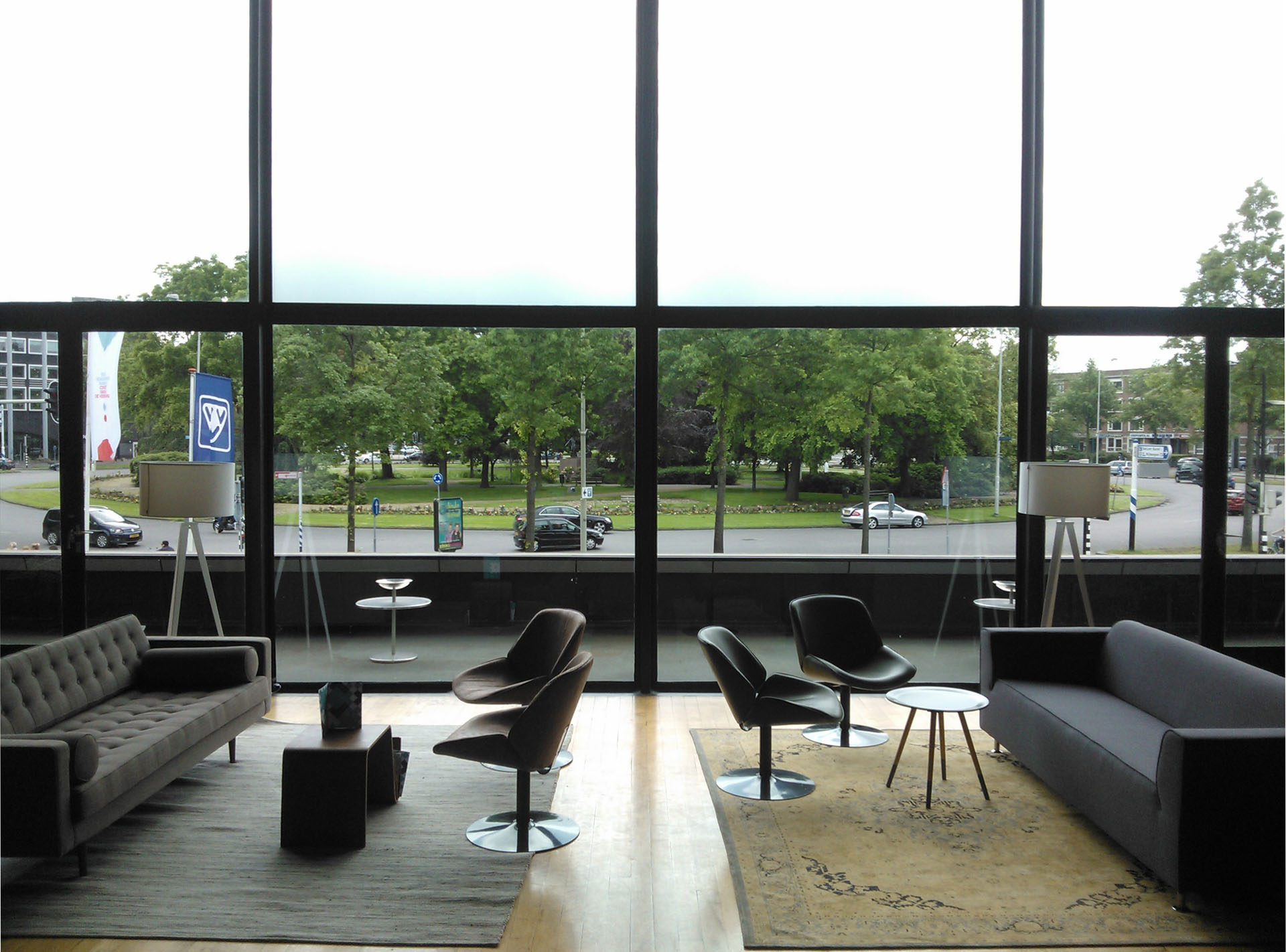 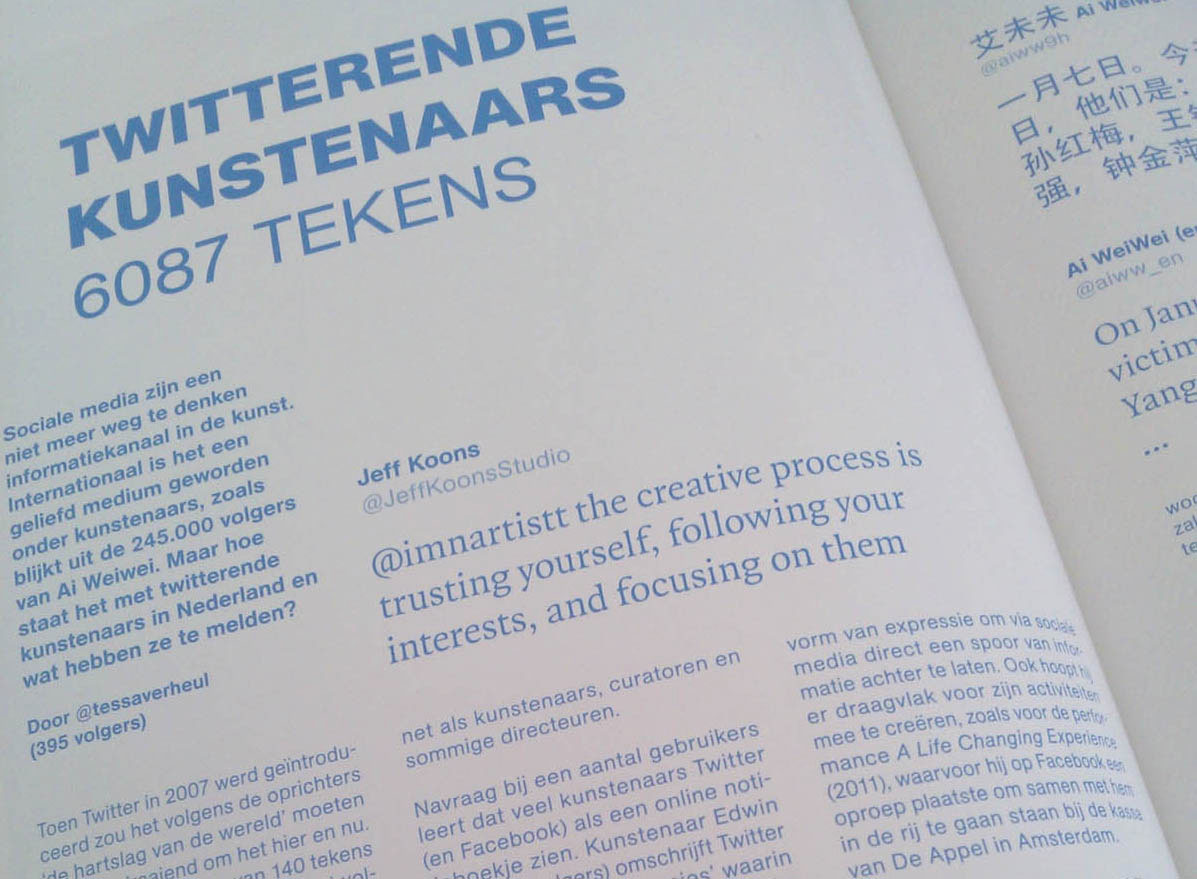 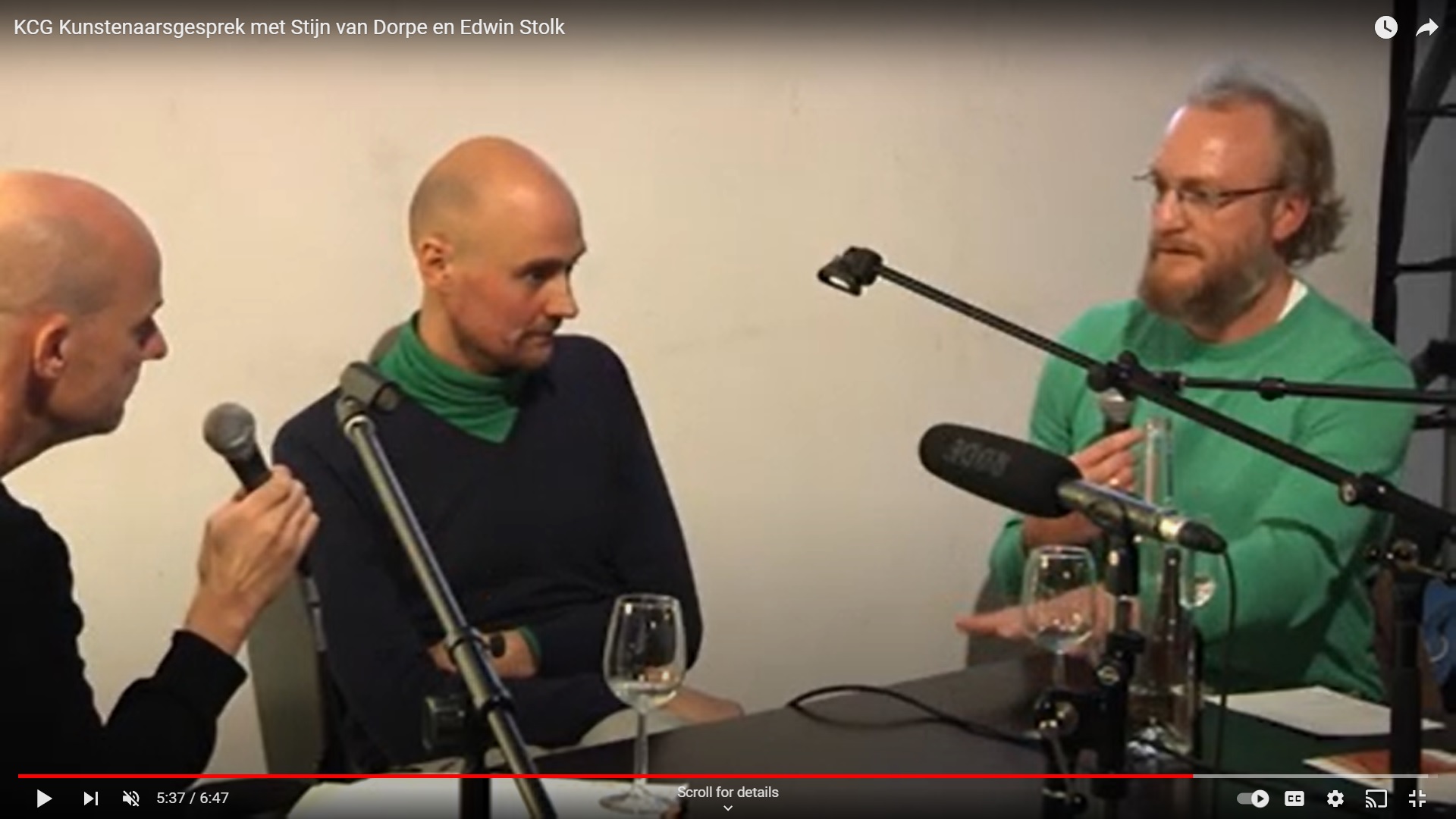 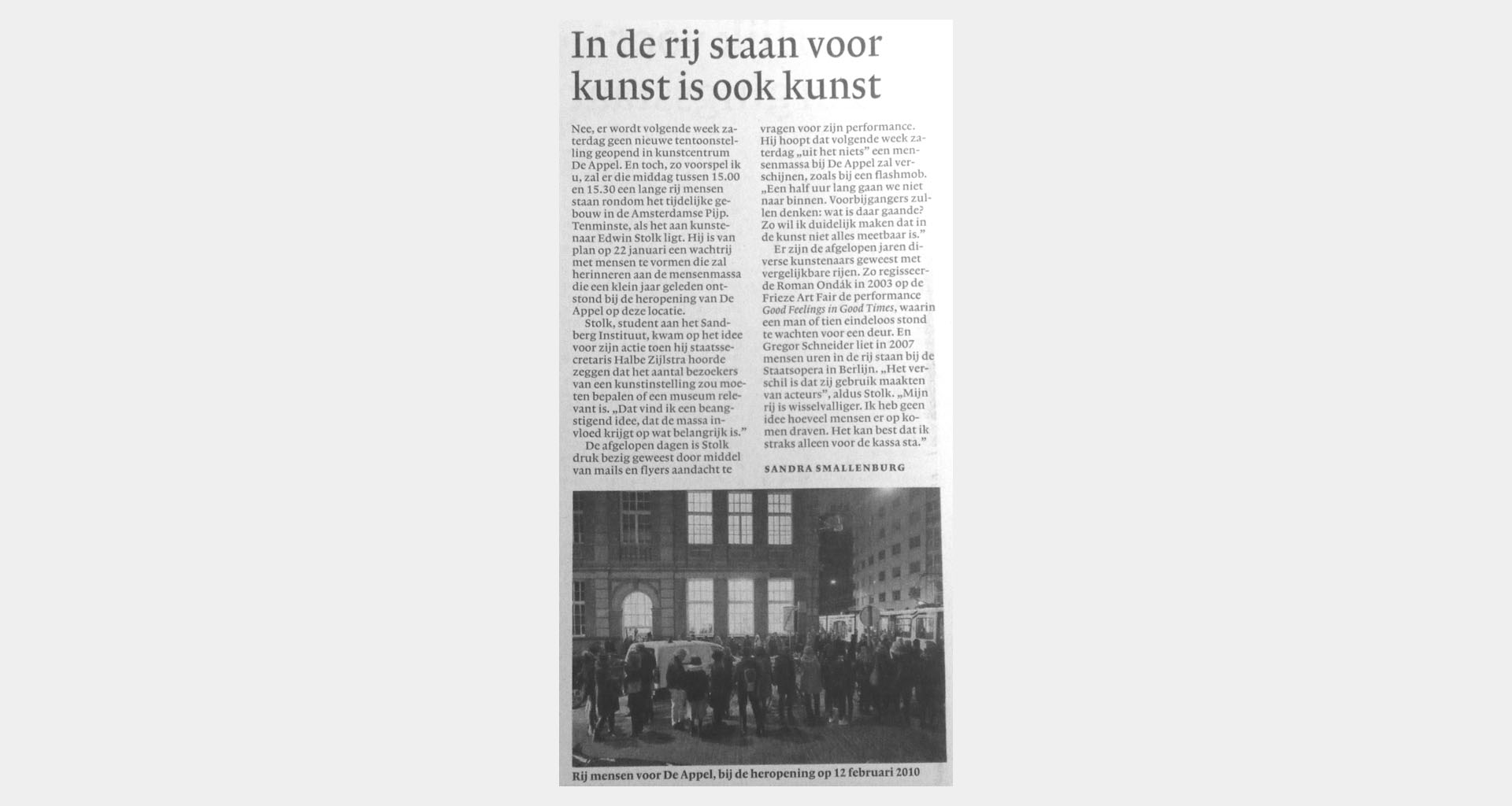 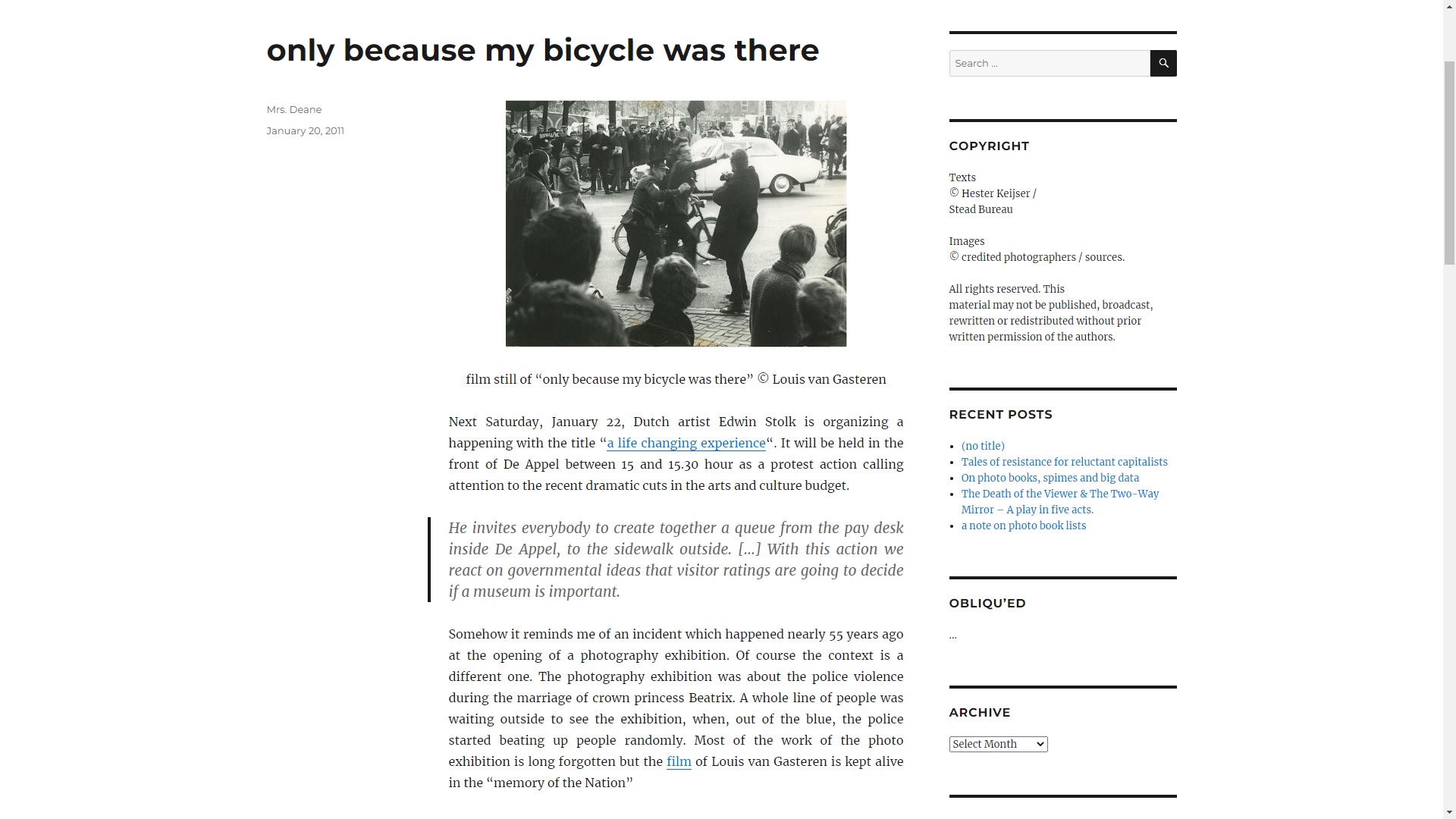 (2011) Mrs. Deane: only because my bicycle was there – written by Hester Keijser

Mrs. Deane: only because my bicycle was there, written by Hester Keijser.